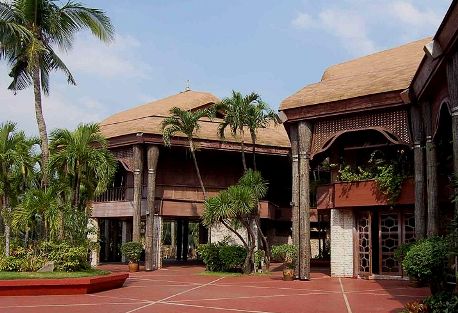 Love it or hate it, the Coconut Palace, also known as Tahanang Pilipino (Filipino Home), is one of the many controversial building projects by the former First Lady Imelda Marcos.

The Coconut Palace, located at the Cultural Center Complex along Roxas Boulevard in Manila, was supposedly built for Pope John Paul II’s visit in 1981. However, the pope declined the offer, saying that it was too ostentatious a place to stay. The Palace’s architect Francisco Mañosa, later claimed that the Coconut Palace – a showpiece on the versatility of the coconut and its viability as an export – was planned long before the Pope even decided to visit the country.

Built in 1978, the Coconut Palace is made of several types of fine Philippine hardwood, coconut shells, and a specially engineered coconut lumber called ‘Imelda Madera.’ Each of the suites on the second floor is named after a specific region of the Philippines and displays some of the handicrafts these regions produce. The palace is shaped like an octagon while the roof is in the form of a traditional Filipino salakot or farmer’s hat. Some of its highlights are the 101 coconut shell chandelier, and the dining table made of 40,000 tiny pieces of inlaid coconut shells.

The palace celebrates the coconut as the ultimate “Tree of Life.” From the coconut’s roots to its trunk, bark, fruit, flower and shell, the palace’s design, form and ornamentation echo these elements. Today the Coconut Palace is a museum, with a butterfly garden and an orchidarium. The building is undergoing major renovations and news reports say  that it maybe used as the office and official residence of the Vice President of the Philippines. (Source: Wikipedia) 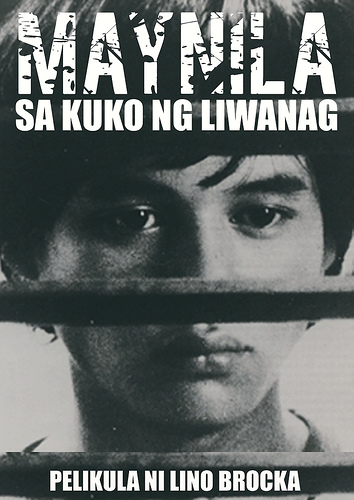 ﻿Maynila sa Kuko ng Liwanag (Manila in the Talons of Light) is a 1975 classic Filipino film drama directed by Lino Brocka based on the novel by Edgardo M. Reyes. The film is considered as one of the classics of Filipino cinema in the 1970s and has established Brocka as among the Philippines’ most influential director.

The film starred Hilda Koronel, Lou Salvador, Jr., Tommy Abuel, and in his film debut, Bembol Roco (credited as Rafael Roco, Jr.). The cinematography is by Miguel de Leon, who would later became a renowned director himself.

The film attracted controversy following the censorship it went through and the rejection by the Marcos administration. First Lady Imelda Marcos was reported as having condemned the film for its negative portrayal of Manila and its residents. Foreign and local critics, however, praised the film for its editing and cinematographic qualities, and is widely considered up to this day as one of the enduring examples of cinema noir in the country. (Source: Wikipedia)
Long live Philippine cinema!

Filed under Arts and Culture, Icons 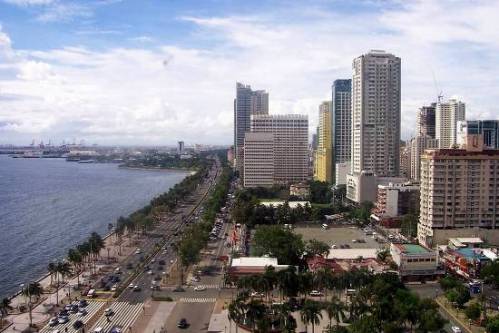 Roxas Boulevard, formerly known as Dewey Boulevard, was once an icon of tourism in Metro Manila until in recent years when it has fallen into hard times with the rapid development on the coastal strip along the cities of Pasay, Manila and Paranaque.

An eight-lane arterial road that connects the centre of Manila with Pasay City, Parañaque and the province of Cavite the boulevard was named after former president Manuel Roxas. Coconut tree-lined with a wind-swept promenade on the Manila side, the boulevard is well-known for the famous Manila Bay sunsets. In the 1950s the boulevard was lined with high quality restaurants patronized by the Manila’s well-heeled society.

During the Marcos regime the boulevard was often used for Imelda Marco’s endless cultural parades (the ended on Rizal Park) including epic (read: pompous) and costumed re-enacting of Philippine history on massive wheeled floats, the hysterical Papal visit parade to hordes of dancers that accompany international beauty pageant parades, complete with flag-waving schoolchildren lined up  along the boulevard.

Today, the boulevard has lost much of its shine due to the coastal reclamation project that pushed the Manila Bay shoreline further to the west of Manila, far from the boulevard. Seedy night clubs and motels have also replaced or crowded out the quality restaurants. Replacing the famous sunset views in Pasay are high-rise condominium towers and shopping mall complexes.

Despite the creeping urban plight, Roxas Boulevard remains a favourite for Metro Manilans out for a leisurely stroll or those wishing to catch a glimpse of that famous sunset by the bay.