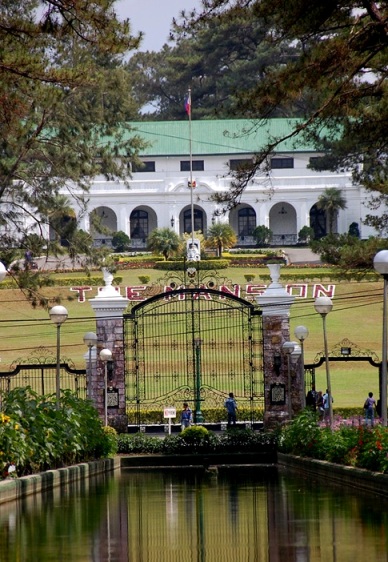 The Mansion in Baguio City, Philippines, is a landmark popular among visitors to this northern Philippine city and is the official summer residence of Philippine presidents.

This imposing and majestic Baguio mansion house has a long list of Filipino presidents and American governor-generals who resided in the mansion. Formerly called the Mansion House, the stately building and guesthouse were built in 1908 as summer homes for U.S. Governor-generals who were the American administrators for the Philippines. The building was destroyed in 1945 during the battle for the liberation of the Philippines.

The Philippine government later rebuilt and improved the structure in 1947 and since then it has been used by various Philippine presidents whenever they come up to Baguio City for their official visits and engagements.

The building has an elegantly structure and the main iron gate is said to be patterned after that of London’s Buckingham Palace. The Mansion has also been the site of several international conferences.