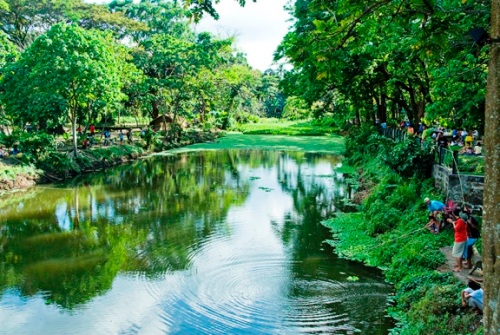 La Mesa Watershed in Quezon City is the primary source of drinking water of about 12 million Metro Manila residents.

This forest is the last remaining one of its size in Metro Manila and serves as its carbon dioxide sink. La Mesa Watershed, therefore, is vital to the city, not only because it is a primary source of drinking water, but also because its forest functions as the lungs of Metro Manila, providing it with clean air. (From the La Mesa Ecopark Website).